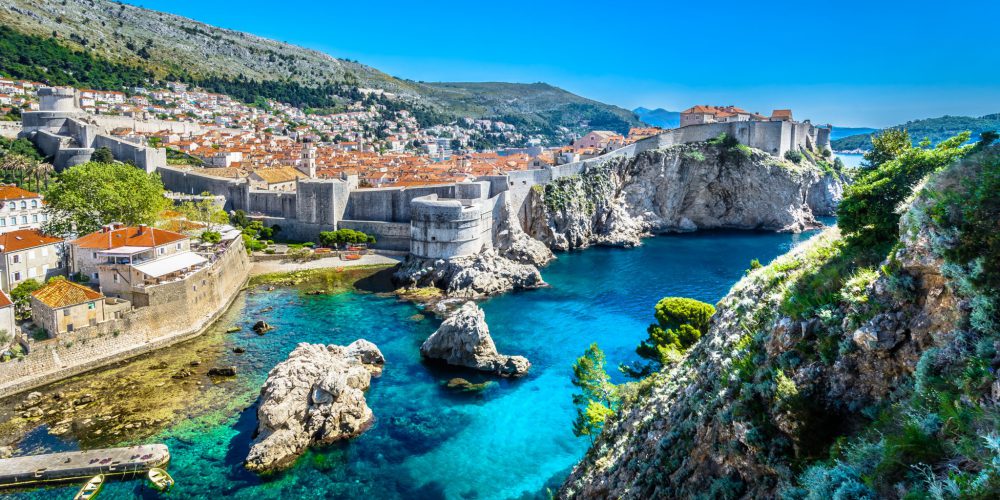 With a charter yacht you can explore the vast multitude of islands in Croatia. You have a wide choice of different kinds of ports and numerous stunning sights to behold. Lovely Croatia combines beautiful landscape, interesting history and great infrastructure.
First of all, there is the amazing clear water of the Adriatic Sea. The shoreline is mostly rocky and consists of pebble beaches, so the sea does not usually get clouded by swirled up sand. To this adds the beautiful Venetian architecture that stems from when Dalmatia and its ports were under the rule of the Italian city state for a long time – mainly between the 16th and the 18th century. The blend between unspoilt nature and Renaissance architecture makes this part of Croatia so undeniably attractive.
The Croatian Adriatic coastline is 1,777 km long. From the most southern to the most northern point it is only 526 km as the crow flies but it is amongst the most indented shorelines in Europe. This means that counting the islands´ shorelines as well Croatia has a total of 5,835 km. It therefore accounts for three quarters of the total Adriatic coastline. There is a myriad of bays and archipelagoes with numerous small islands. 48 of those are permanently inhabited and most of them host a charming medieval town. To be exact, there are 718 islands and islets, 289 rocks and 78 reefs along the coastline. This is why Croatia is also very aptly called the ‘land of a thousand islands’.
In addition to this you can find some of the most modern ports there. You can choose from about 3500 bareboat charter yachts and use over 150 charter companies. Croatia is the largest charter cruising area in the whole world. There is always a safe harbour within reach and the climate is mild. The winds are moderate and therefore ideally suited for family sailing holidays. And if you charter a yacht in Croatia, you also get to enjoy the light and healthy local cuisine, the view of the lush green vegetation ashore, or some of the attractions like the huge waterfalls in the Krka National Park.

With the multitude of islands, you have every hand full to choose where to go for your sailing yacht charter in Croatia. There is Hvar, which is great for party but also has a lovely old town and an impressive fortress to visit. Korcula equally features an amazing old town and the nearby Mljet has a paradisiac national park with lush greenery and crystal clear lakes. Skradin lies at the entrance to the Krka National Park with its many massive waterfalls. Then you can cruise all the way up North towards Krk and stop by at Brac, Losinj and many more fascinating islands.

Another hugely popular destination is the Kornati National Park with about 140 islands in the northern part of Dalmatia. It is the densest archipelago in the Mediterranean. Mooring is only allowed in designated bays, some of which are equipped with mooring buoys and several with restaurants. The other mooring option among the islands in the park is the ACI-operated Marina Piskera on the SW side of Otok Piskera which is open from April to October.
The sailing season in the North of Croatia goes from June till the end of September, as it is a little cooler than in the South. There it stretches from May until the end of October.
The Bora and the Sirocco are the dominant winds in the Adriatic during the winter (September – May). In the summer months the Maestral prevails. In general, though, summer brings only moderate winds. Also there are many elongated islands that extend parallel to the shore and are separated by channels. The cruising grounds are therefore very protected and absolutely safe for family charter holidays. The sunniest part of the country consists of the outer islands, e.g. Hvar and Korcula. Here, a whopping 2700 hours of sunshine per year are recorded.

If you are looking to go sightseeing in Croatia, you could start with the capital Zagreb. Then, off course, there are many more impressive old towns worth your while. Visit the historic centres of Sibenik, Zadar and Trogir. Or go to Dubrovnik with its famous fortifications and take the cable car up the hill to enjoy some breathtaking views. Split is beautiful and has far more to offer than just the Diocletian palace. And if you like ancient sites, the amphitheatre in Pula built by emperor Augustus is for you. Building began in the year 2 AD and it sits about 23,000 people.

The Plitvice Lakes National Park, UNESCO world heritage site, is the largest national park in Croatia. The most spectacular national park due to its hundreds of waterfalls is the Krka. Watching the 200 – 400 m wide wall of water rushing down over 17 steps is without a doubt one of the most enthralling experiences in the whole country.

The possibilities for water sports are endless. Choose from kayaking, water ski or wakeboarding, diving, snorkeling, stand up paddling, fishing and many more.

The nightlife of Hvar is legendary. Many celebrities flock there to go dancing and clubbing. Pag – esp. Zrce beach – has earned its reputation as the Croatian Ibiza. There are many excellent clubs with swimming pools, roller coaster and lots more. 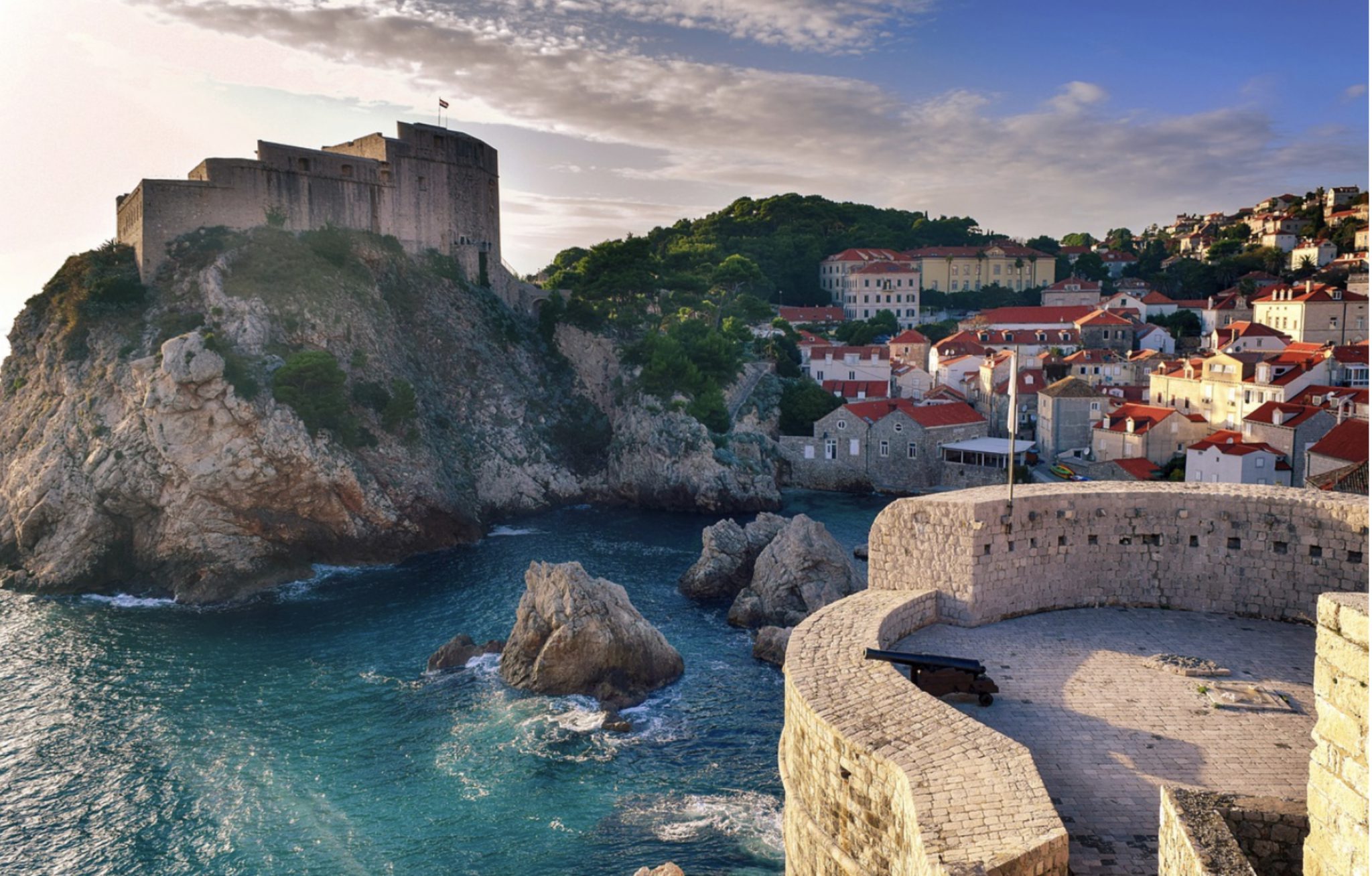 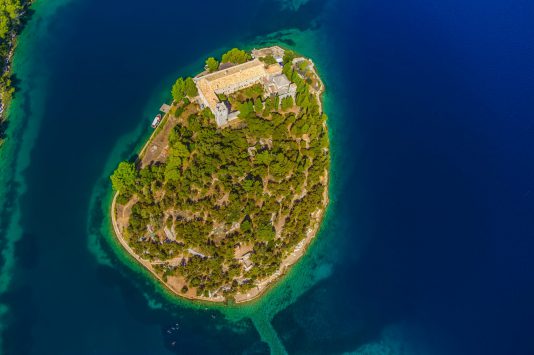 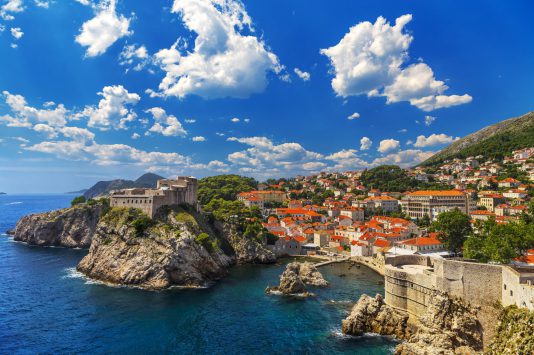