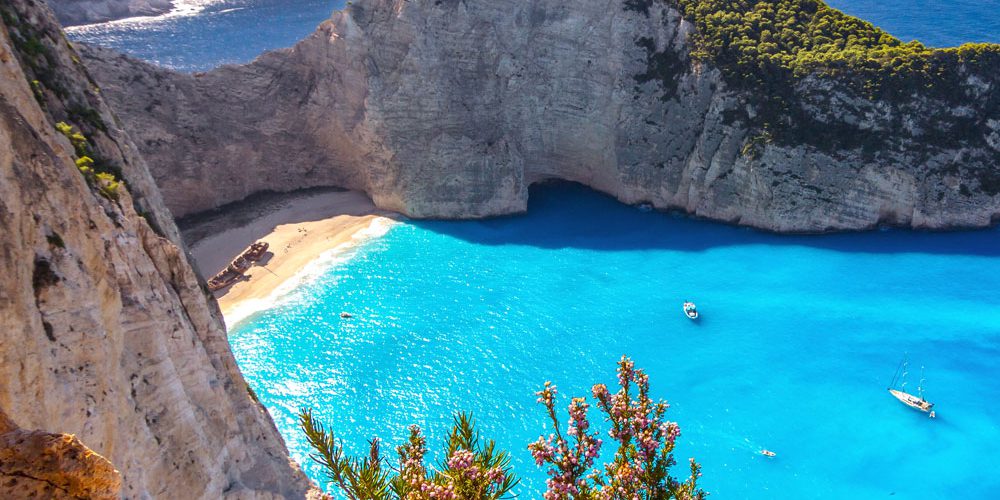 There are so many advantages that speak for a sailing holiday in Greece. The unique landscape, thousands of beautiful islands and the authentic people and culture are just a few of them. The cost for yacht charter around the Greek archipelagoes is very competitive. Let us tell you a bit more about chartering in this wonderful part of the world in detail.
The popularity of yacht rental in Greece has its reasons. With 13,676 km, Greece has the longest coastline in the Mediterranean. It is easy to reach from all major European cities, as there are many international airports distributed throughout the islands. You can fly to Crete, Corfu, Kefalonia, Kos, Lemnos, Lesbos, Rhodes, Samos, Zakynthos, Kos, Prereza and Kalamata on the Peloponnese. Many more islands can be accessed via national flights. 80 % of all charterers will fly to Athens, though, and rent a sailboat in the popular ports of Kalamaki, Lavrion or Piraeus.
Wonderfully clear and safe waters, no tides and manageable sailing distances make yacht charter in Greece so enormously popular. There is much more to it, though. The people are friendly and welcoming, the ports and taverns are authentic and charming and the cuisine is simple, light as well as varied. The archaic geology – many islands are of volcanic origin – makes for a stunning and dramatic landscape. Even today, there are some active craters you can visit, like on the island of Nisiros for example. The stark appearance of the nature is interspersed by bright white-washed houses with joyous blue window shutters that you can spot from miles off. Although the water in Greece is quite low in nutrients, there are endless opportunities to watch sea turtles hatch, as there are so many of them.

The authentic atmosphere and the vast multitude of charming small islands and ports is marvellous. Yet, off course, historic sites are a huge attraction throughout Greece as well. This means you can easily combine going on a sailing yacht charter with taking the opportunity to travel in time and visit some amazing ancient cities and temples.Last not least prices for bareboat charter there are generally very competitive, so go ahead and rent a yacht in Greece!

The Greek Tourism Board reports a figure of 6,000 Greek islands with 227 of them inhabited. They account for about 17% of the country´s total territory and most of them are situated in the Aegean, the rest of them in the Ionian Sea. The most important archipelagoes are the Ionian, the Sporades, the Cyclades, the Dodecanese and the Aegean Islands. These cruising grounds would constitute a classic yacht week in Greece, for example. For something more special or if you like to go off the beaten track, head to the peninsula Chalkidiki south of Thessaloniki. Here you can sail in complete peace and enjoy the unspoilt, natural beauty of the place.
All those islands have many ports with marinas of all sizes and different services for every taste and budget. The most frequented sailing yacht charter bases are Athens, Kalamaki, Lavrion, Lefkas, Kos and Corfu, for instance.
The main charter season in Greece runs from May till the end of October. From June to September the ´Meltemi` – a northerly sea breeze – is possibly, not necessarily prevalent mostly in the Central Aegean. The summers are hot and dry with temperatures in July often exceeding 30°. July and August are the hottest months and even at night temperatures will rarely drop below 20°. This is when the Meltemi winds are strongest and can reach gale force at times. The safest areas and most recommendable for family sailing holidays are the Ionian, the Sporades or Chalkidiki, for example.

There are never-ending possibilities for sightseeing here. Head to Athens and climb the Acropolis or go to the mystic ancient city of Delphi. Visit the huge crater and sheer cliffs of stunning Santorini or meander through the amazing old streets and admire the ancient fortifications of Rhodes. Then off course, there is the UNESCO world heritage site on the island of Delos and many historic sites on the Peloponnese like Olympia, Mycenae, Corinth, Epidaurus etc.

Sampling the delicious local cuisine never gets boring either – it consists of simple and healthy natural produce. The lovely home-cooked style meals are generally not expensive at all, and the variety of Mezze (starters/tapas) and main dishes has something to offer for everyone´s taste.

Don´t miss out on the booming nightlife in the hotspots like Mykonos, Santorini, Paros, Ios or Kos. Here you can party in the most beautiful locations with the international sun bronzed crowd until the early hours of the morning. 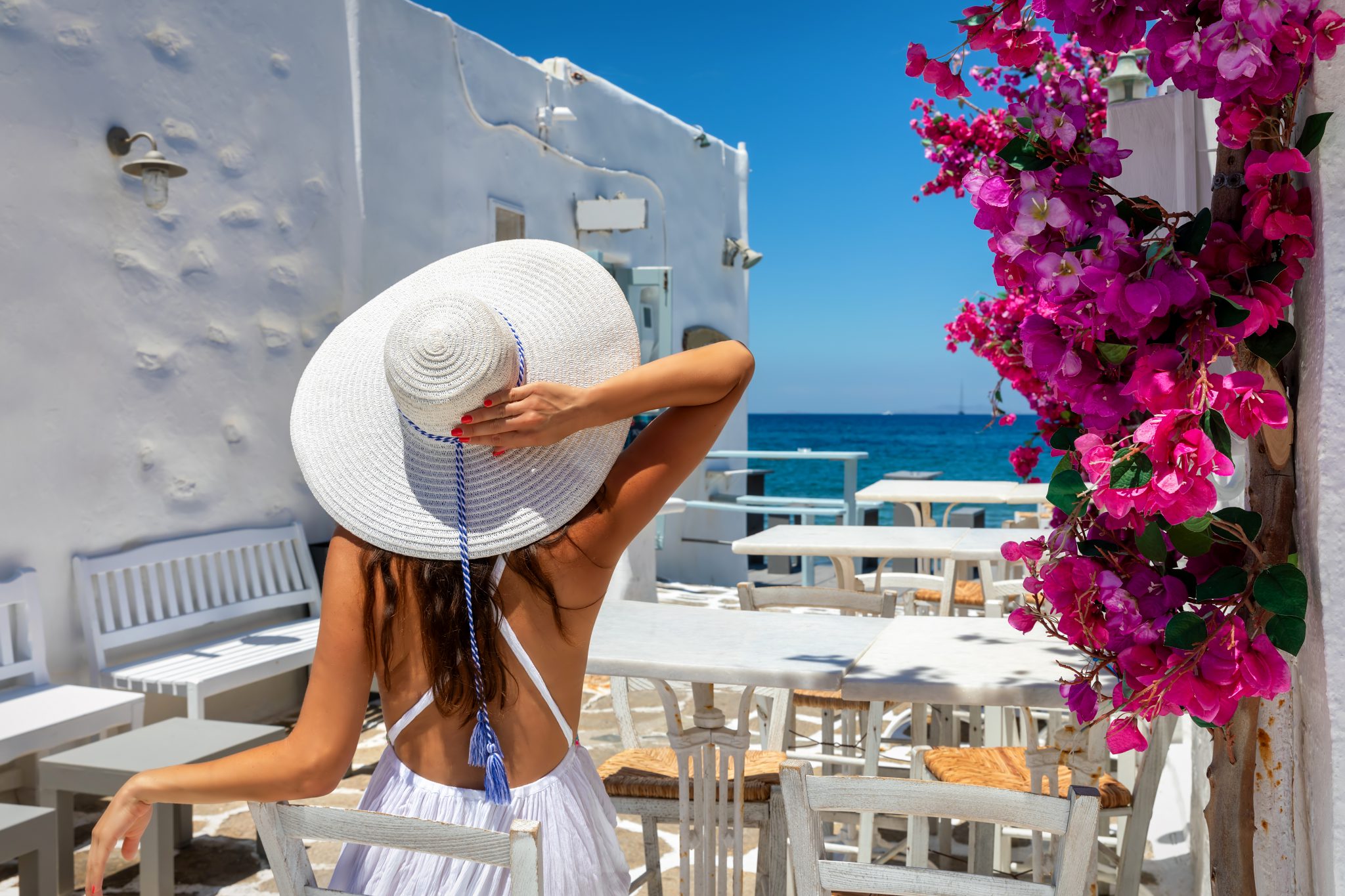 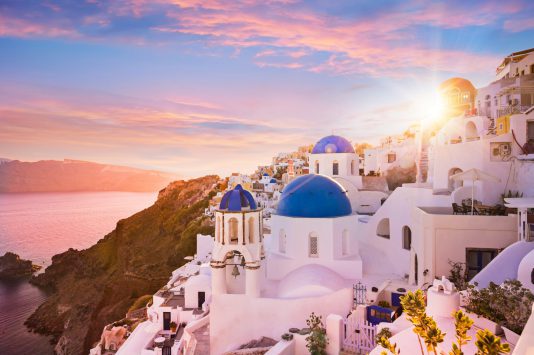 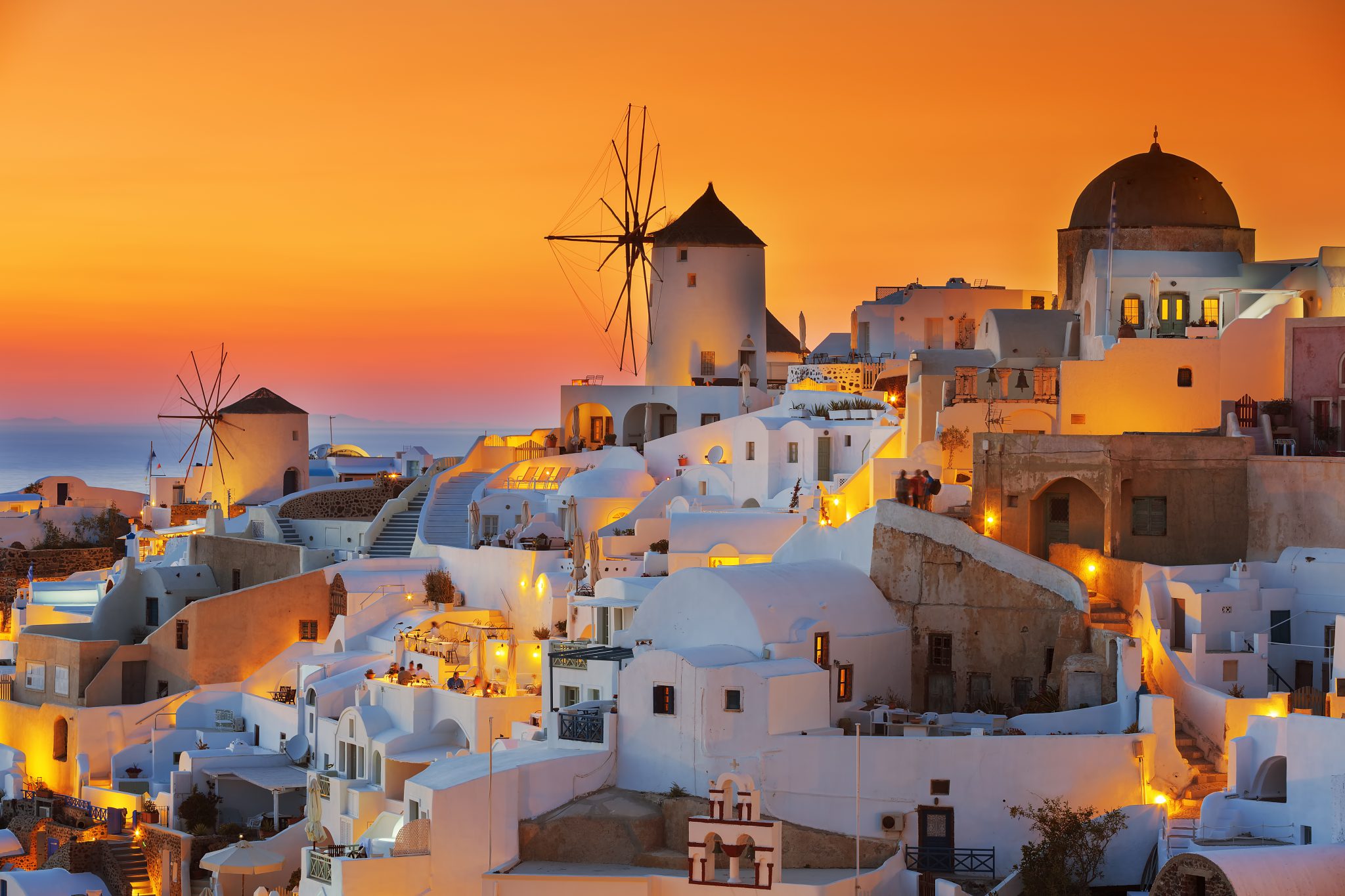