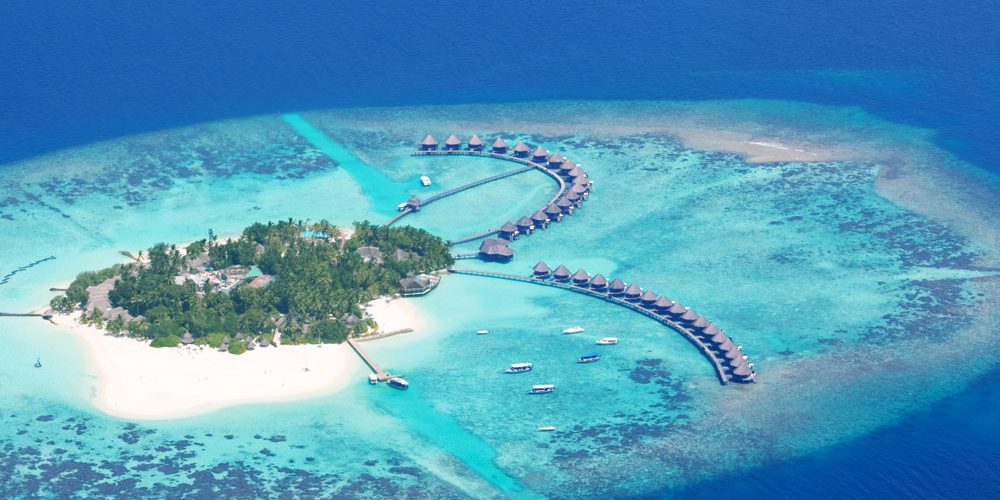 The coral islands that make up the Maldives have to be one of the most unusual yet beautiful places you’ve ever seen. It’s hard to describe the beauty of the endless shallow lagoons and coral islands dotted with the odd palm tree here and there. It really is the perfect tropical paradise and yacht charter in the Maldives is sheer bliss.

It is widely recognized that the Maldives are a truly unique place on earth. They form an archipelago of small islands (1,190 to be precise) bunched up into 26 ring-like atolls overlooking the Indian Ocean. They are located to the Southwest of the Indian Peninsula and are thus considered by most to be part of Southern Asia.

When seen from above upon arrival for your yacht charter, the islands look like a small footprint in the ocean but a closer look reveals their coral origin. The shallow waters that surround the whole archipelago look so transparent that boats seem to be just floating above the seabed. The Maldives hold the world record for the lowest country with a maximum altitude of just 2.3 m above sea level.

This beautiful location was initially settled by various populations of Indian origin sometime around 300 BC. The next important event in the Maldives’ history comes with the Emperor Ashoka´s expansion that brought Buddhism to the islands as the dominant religion. In the 12th century Maldives were Islamized and turned into a sultanate. From the mid-16th century on, it became a Dutch and then British colony. After receiving its independence in 1965, the country has gradually been building up its tourist industry, despite the fact that in 2004 it was dealt a horrible blow by the tsunami that swept this part of the Indian Ocean.

The islands are divided into 7 administrative provinces, with the capital city of Male being its own province and also the biggest urban centre of the country as well as the starting place for all sailing holidays in the Maldives. This place is hard to describe in words – it’s literally a city on the water, with modern high rise buildings seemingly popping directly out of the ocean. It is certainly one of the world’s smallest capitals but what it lacks in size it makes up for in beauty. There are no beaches as the city is lined by sea walls, but there is an old part of town which has an unmistaken Indian charm to it

Maldives are suited for all types of boat rental with mile upon mile of coastline and peaceful, shallow lagoons where you can anchor safely. There are literally thousands of islands for you to explore and many of them are uninhabited, making the whole yachting holiday here something very special and extraordinary.

Since the Maldives make a lot of income from tourism and want to attract visitors, you’ll find that customs requirements are very relaxed. For instance, there are no visas required to enter the country, no matter where you come from. You can stay up to one month (30 days), provided you show the customs officers a valid passport, a return ticket and proof of sufficient funds for the duration of the stay. The initial 30 day visa you receive upon arrival can later be extended to 90 days in Male but you’ll need to provide info about where you’ll be staying.

A word of advice for western tourists on a skippered or bareboat yacht charter in the Maldives: Since this is a Buddhist country, the authorities are rather strict when it comes to alcohol, cigarettes and pornography (in a very wide sense), so bringing any of these into the country is strictly forbidden. Don’t think that you’ll be able to sneak these past customs, because all luggage is X-rayed upon arrival. Also, you might not want to take the usual harmless souvenirs (sand, seashells) for a very obvious reason: The Maldives are currently actually importing land in order to prevent the rising sea levels, so getting caught with a bag full of sand or seashells can constitute theft.